A history of the Le Breton family 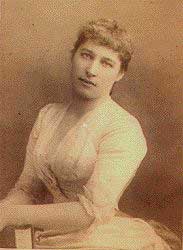 Lillie Langtry, the most famous Le Breton of all

From The Islander 1939 by Charles Langton

The first mention of Le Breton in Jersey appears in 1236, when Helier Le Breton was recompensed for personal losses by the grant of an annuity from the King.

In 1331 Richard Le Breton held the fief Gemmesil, a dependancy of Orillande, and later in the 14th century appeared Guille Le Breton as a franc tenant of the Fief of Noirmont, and Etienne Le Breton of St Helier.

By the 17th century branches existed in at least seven of the 12 parishes of the Island, which have collectively produced three Deans, two Bailiffs, and several Rectors.

Thomas, son of Michael, acquired the property of Richard Ville, in the neighbourhood of St Aubin, Mont Arthur, Val Effart and Portelet, and settled in St Brelade shortly after his first marriage.

His wife, however, died in 1626 from a visitation of the plague, which, in that year, was particularly virulent in that parish, so, a few months later he married Esther, daughter of Dean Bandinel.

As a merchant and shipowner, Thomas Le Breton acted in conjunction with the Lieut-Governor, George De Carteret, by employing his armed frigate in the Royalist cause, and incidently actively became bitterly opposed to his father-in-law's party.

David Le Breton, second son of Thomas, moved to St Helier, but spent his declining years in St Mary at the Rectory, where Thomas Le Breton officiated, prior to his appointment as Dean of Jersey in 1714.

Francis Le Breton, grandson of this Thomas, was also Rector of St Mary and like his grandfather became Dean in 1775 till his death in 1803. It is curious that the two next generations also concurrently filled posts, but this time on the judicial side of local affairs.

Sir Thomas Le Breton, educated at Winchester College and Pembroke Oxford, was appointed Procureur General by Letters Patent 1802, but the Royal Court refused to register it on a technical point. The Privy Council, however, issued peremptory orders so the Patent was promptly endorsed.

He succeeded to a Knighthood following a term of office as Bailiff from 1826-1831. His son Thomas Le Breton also became Bailiff in 1848 and continued till his death, without issue, in 1857.

William Corbet Le Breton, Rector of St Saviour and Dean of Jersey from 1850 to 1883, left five sons, most of whom died under tragic circumstances, and a very celebrated daughter Emily Charlotte.

Very few people would recognise her under her baptismal names, but, as Lillie Langtry she was one of the most famous islanders of all time.

This branch descended from Servais Le Breton the husband of Helene Le Sueur, and continued in the parish until the 19th century when they became extinct in the male line.

One of the daughters of Philip Le Breton became the mother of the Rev Le Vavasseur dit Durell, Rector of St Saviour,and editor of the History of Jersey by the Rev Phillip Falle.

A junior branch, descended from Jean Le Breton, nephew of Servais, moved to St Helier in the 17th century, on inheriting the property of the Chevalier family at Mont au Pretre. This line also became extinct, and was later represented by La Cloche.

Founded by Raulin Le Breton who died before 1486. Among the descendents, Raulin Le Breton became Constable of Trinity 1580-1585, and his brother Sire Ambrose Le Breton, Regent of St Mannelier 1581-1587.

The line also became extinct at the end of the 18th century, and passed to the issue of Nicholas Du Feu, and Marie Le Breton, daughter of Aaron and Marie Johnson.